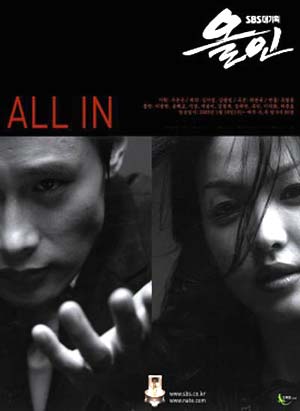 One of my First KDramas! And definitely in my TOP 3!

Thanks to 1ncarnad1ne for the translation

No, that is not a typo. It was announced and confirmed by TaeWon Entertainment that Kim Tae Hee will act as Lee Byung Hun’s lover in “IRIS”.

Since finishing “Love in Harvard” 4 years ago, Kim Tae Hee has been missing from the small-screen and keeping herself busy with CF endorsements and movie filming. Tae Hee character is an agent of NSS, a national intelligence agency and will take part in many missions together with Lee Byung Hun’s character. Kim Tae Hee will play a different role from her past demure image, becoming a rational and strong female and will have a triangle relationship with Lee Byung Hun and another person who is yet to be picked yet. Their romance will serve to increase the tension and excitement in the drama.

The 20-episode drama had been attracting lots of attention because of it’s thriller espionage genre and the big names involved. It’s scheduled for broadcast in Summer 2009 and filming will begin once casting is done.

But if that is the case, what will happen to Son Ye Jin who was only announced as Lee Byung Hun’s lover just 5 days ago? Well, Son Ye Jin was apparently left out as there was a conflict in schedule between her and the drama filming.

Japan’s largest commercial satellite channel Sky Perfect TV will hold a two-month-long special event during which it will feature films and dramas starring Korean actor Lee Byeong-heon. The event will begin this month.

Prior to the event launch, Sky Perfect TV produced and aired four different versions of a TV ad promoting the event. During the “Lee Byeong-heon Festival” period, the channel will air some of the actor’s major works including “Addiction,” “Once in a Summer,” “Lament,” “A Bittersweet Life,” “Bungee Jumping of their Own,” “Happy Together” and the drama series “All In.” 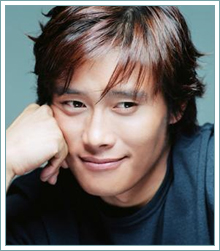 Hallyu star Lee Byung-hun will release his first studio album in Japan. Lee’s official Japanese website reported that the actor was recently chosen by Japan’s leading automaker Toyota as the model for its ad campaign for its latest SUV, the “RAV 4.” Lee will be making his first TV commercial appearance in three years.

The site added that the actor will release a single album this season featuring the new song “Some Day,” which was featured in the Toyota TV ad campaign. “Some Day” was composed by renowned Japanese songwriter and producer Yasushi Akimoto.

Lee performed the song during a fan meeting tour in Japan last year and received a favorable response. Lee’s single album will feature two versions of the song–rock and ballad.