Get $5 off of any KDrama Purchase at Yesasia!

The production team of SBS Cain and Abel are now in China for overseas filming. A production still showed So Ji Sup with a bloodied face lying on the sand, showing his strong will to live against the unforgiving desert. 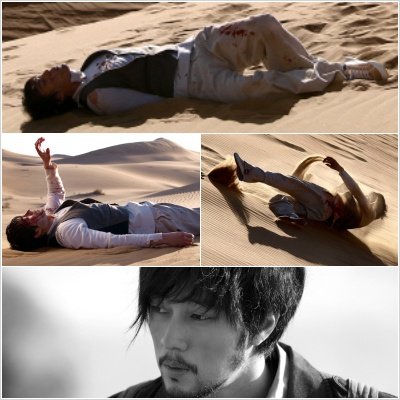 For the opening and other related scenes for Cain and Abel. So Ji Sup together with the production team came to the deserts near the outskirts of Inner Mongolia and Western China for filming. The filming lasted 7 days and 6 nights as they battled against the unforgiving harsh desert enviroment. While it was scorching hot in the day with temperatures nearing 40° celsius, it would turn unbearably cold at night with the temperature dropping to 0° and below. But the production team chose to film in such harsh conditions because they felt it complemented the cold unforgiving theme for Cain and Abel very well.

So Ji Sup expressed, “The weather was harsh and everyone had a really rough time, but we did our best in order for a good outcome.” Cain and Abel revolves around the story between two brothers who are doctors with different set of values as they face off against each other in their careers and love. Other cast members include Han Ji Min, Shin Hyun Joon and Chae Jung Ahn.

Bloodied So Ji Sup Lying on the Desert 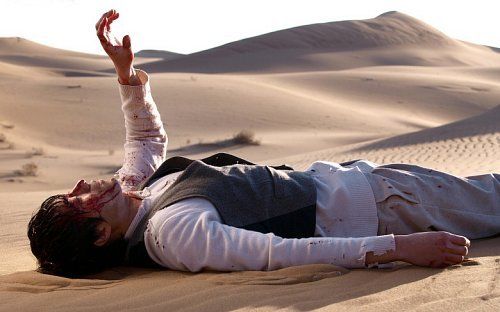 After the conclusion of the desert filming, the production team will still be filming in other parts of China until the end December before returning to Korea.

via So Ji Sup Filming In Harsh Conditions for Cain and Abel « Coolsmurf Domain.

After previous speculations of Lee Young Ae and Go Hyun Jung have fallen through, the role of Queen Sun Duk has now been finalized to be played by Sung Yuri.

MBC announced on the 25th morning: “It has been confirmed that Sung Yuri will play the role of Queen Sun Duk and we are currently in the process of finalizing the details.”

Sung Yuri will play as Princess Duk Man, the eldest daughter of Silla’s King Jin Pyung. Possessing an extraordinary charm and wit, she eventually became the first Queen (ruler) in the Korean history despite her being in the war-torn Korean Three Kingdoms Era (Goguryeo, BaekJae and Silla).

Sung Yuri will be collaborating with Go Hyun Jung who will play the role of Mi Shil. Mi Shil is a beautiful woman who hungers for power. She was also the assistant for 3 previous kings.

Although Sung Yuri has played historical roles in “Thousand Years of Love” and “Hong Gil Dong” but this is her first time challenging a true historical drama. Sung Yuri will play the life of Queen Sun Duk, from young till old. As the timeline is wide, Sung Yuri’s involvement has attracted the attention of manyu viewers.

“Queen Sun Duk” will have a total of 50 episodes and is scheduled to air in the first half of 2009.

From one of my favorite shows. This one stars So Ji Sub and Kim Hyun Ju. I watched it after seeing Jisub in “I’m sorry, I Love you“. He showed a very different side in this one.