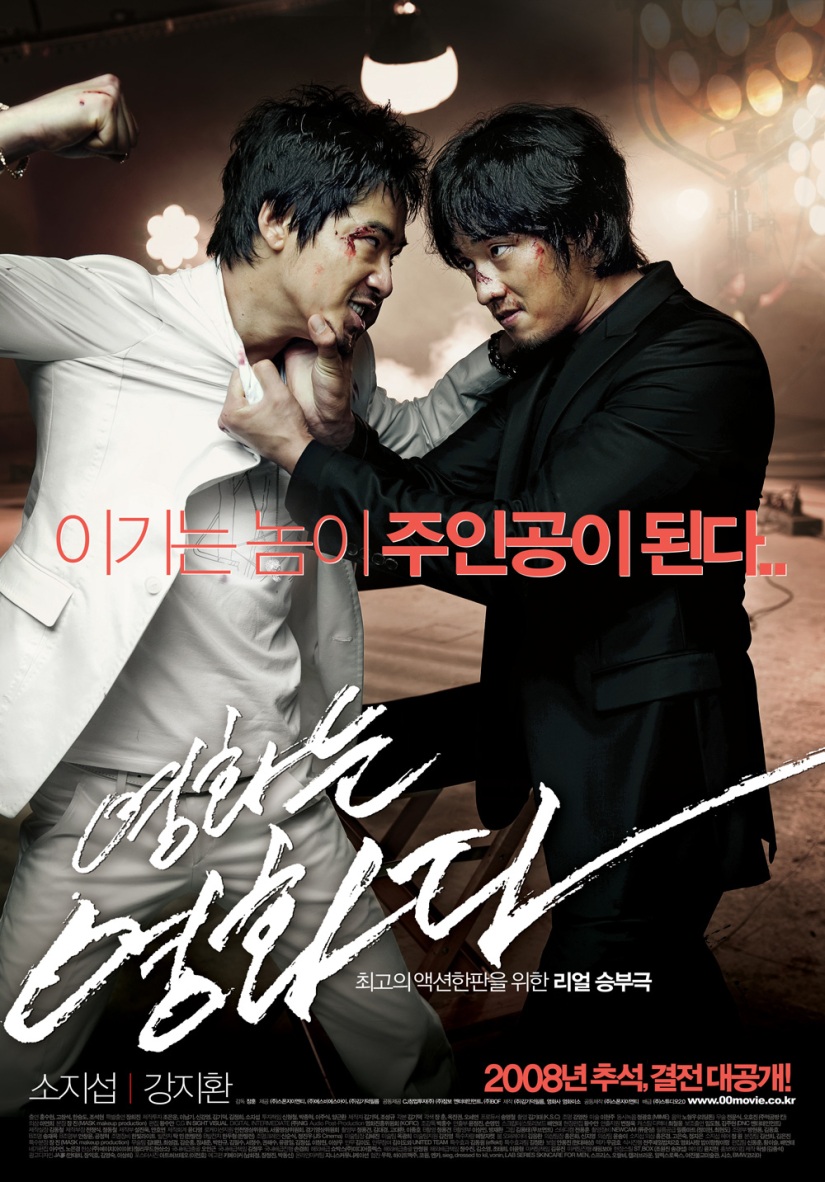 So Ji sub’s long awaited comeback performance is finally going to be available on DVD!

Ever since he acted in the television drama “Sorry I Love You”, So Ji Sub, who will be making a long awaited return after 4 years, has been craving so much to “stand in front of the camera” once again.

Although So Ji Sub had previously appeared in the movie “Can’t Live Without Robbery”, but in actual fact, his latest collaboration with Kang Ji Hwan, “A Movie is a Movie”, can be considered as his first movie. In the movie, he plays as a member of the triads, aka a gangster.

END_OF_DOCUMENT_TOKEN_TO_BE_REPLACED

So, other than producing films—the fascinating 아름답다 (Beautiful) and the upcoming actioner 영화는 영화다 (Rough Cut)—sometimes Kim Ki-Duk even makes them.

Kim’s last effort 숨 (Breath) barely registered a blip in Korea (and that’s no surprise), but things might be a little different when his 비몽 (Dream) releases this October. The film, whose Korean title means “sad dream,” will star Odagiri Jo, who has quite a decent fanbase in Korea, and Lee Na-Young. Seeing as her last film 우리들의 행복한 시간 (Our Happy Times) was a huge success, Kim might actually break from tradition and try a slightly larger distribution set up, although I’ll believe that when I see it.

The story actually sounds quite interesting, with Lee playing Ran, a woman suffering from somnambulism, and Jin (Odagiri), a man who can’t forget his lost love, and tries to meet her in his dreams. So the two meet each other, and he actually finds out she’s acting in accordance with his dreams, in that valley of sadness and happiness that vanishes whenever you wake up. Sounds like Kim will pound on with the symbolism once again. The film was recently screened at the San Sebastian Film Festival.

Fresh of the press is a brand new teaser trailer for “Rough Cut” Starring So Ji Sub and Kang ji Hwan.

This is one of my most anticipated movies of the year. I became a Huge fan of So Ji Sub after watching the amazing Korean Drama “I’m Sorry, I Love You”. I was Really impressed with his ability to show powerful emotion just through body language and his eyes. Since this is So Ji Sub’s Comeback performance after serving his Military duties, I have very high expectations.
END_OF_DOCUMENT_TOKEN_TO_BE_REPLACED