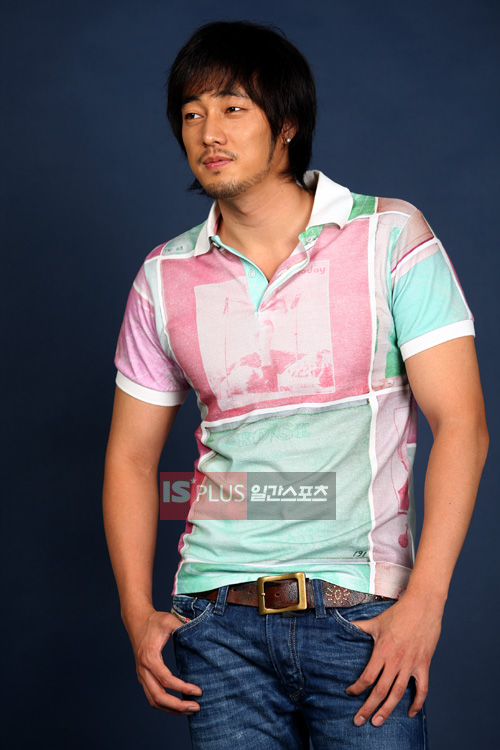 Ever since he acted in the television drama “Sorry I Love You”, So Ji Sub, who will be making a long awaited return after 4 years, has been craving so much to “stand in front of the camera” once again.

Although So Ji Sub had previously appeared in the movie “Can’t Live Without Robbery”, but in actual fact, his latest collaboration with Kang Ji Hwan, “A Movie is a Movie”, can be considered as his first movie. In the movie, he plays as a member of the triads, aka a gangster.

“During the VIP screening of the movie yesterday, Im Soo Jin came and told me ‘Brother, very interesting, you have succeeded’. His words left me the deepest impression.” So Ji Sub said.

So Ji Sub seemed very interested when talking about the mud scene, which is one of the highlights of the movie. He had measles after filming the mud scene at the beach, but luckily his “flesh didn’t drop and neither did he break his bones”.

Interview with So Ji Sub

Question 1: What did Bae Yong Jun say after watching the movie yesterday?

Brother always had very few words, so…… (laughs). We are both from the same company, so naturally he will be praising me irregardless. Even if I say “Hey brother, stop it, tell me how you really feel”, he will still say I’m the best.

Question 2: You debut later than Song Seung Hun, who is also from the Storm modeling agency. Don’t you think that he is your competitor?

Ha, if that is the case, then I won’t be meeting up with him regularly. Both of us have no girlfriends, so basically we are meeting every day. Please do support his “East of Eden”.

Question 3: Did you do pushups to build up your body before filming the scenes which require you to bare your upper half?

I filmed them as it is. I was afraid of making myself worse by adding one piece here while taking away another elsewhere. I try to make it more natural as well. I am not even a hunk…… (laughs).

Question 4: What if in real life, you meet your character in the movie?

Pretty embarrassing. Both of us are introvert, therefore just eye-contacts will suffice.

Question 5: Did you meet some gangsters before in real life, like in the movie?

I had very bad temper when I was in the 20s, therefore there were a few times when I nearly fought. But now life is more important. (Laughs) It’s better not to say anything; running away will be a better option.

Question 6: If you are a reporter, what would you like to ask So Ji Sub?

I’m more used to you asking me questions; now you threw me a difficult one. (Thinks for a long time) I will probably ask, how do you drop the burden caused by “Sorry I Love You”.

Question 7: If you were to answer that question yourself?

Ha. Yesterday, the screenwriter of “Sorry I Love You”, Lee Kyung Hee, came to watch the screening. After watching, she said: “From now onwards, I can’t call you Moo Hyuk anymore”. But before watching the movie, she was still calling me Moo Hyuk. I feel that one is a better actor/actress if he/she can drop the old image in his/her previous work. When I just entered this industry, it seems pretty hard to get fully engrossed in the filming…… But now, it seems like an addition of a new topic.